Things To Know When Moving To San Francisco, CA 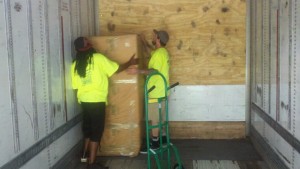 1. No, no one dresses up here for anything
Nope, not even work. In general day-to-day life, that guy in the red flannel and jeans is probably the CEO of a promising startup.

2. There is, however, a certain dress code for going out
Also known as: “trying really hard to make it look like you’re not actually trying hard”.

3. Yes, you did just smell that, and you will likely smell it three more times today
SF is, shall we say, a little lax in enforcing certain laws.

4. You will see a stranger’s p*nis at some point
Even though they cracked down on general public nudity, those hardcore nudists are pretty defiant, and everyone’s allowed to be naked during public parades.

5. Never look at your phone while you’re walking around
Because, poo.
6. Speaking of which, there are a lot of homeless dudes
Even people from NYC will probably be shocked. In general, if you’re really nice, give them some food. Most of the time, though, keeping your head down is the best way to avoid being chased past the SF Symphony building.

7. No one actually goes to Alcatraz or Fisherman’s Wharf…
(But if you do go to the latter, there’ll be a homeless guy who’ll jump out from behind a bush and scare the sh*t out of you.)

8. … or rides cable cars
(But if you do, pro tip: have $6.50 on your Smartcard, then hop on at a stop halfway up the route. Don’t wait at Powell and Market.)
9. Taxis don’t exist (mostly)
Uber, Sidecar, and Lyft are your new best friends.

11. There really is no Summer here
You have to grab onto whatever weekend has 70/80-degree weather and treat it like it is, whether it happens in July, or January (much more likely).
12. The guy offering to help with the BART machine? He’s gonna ask for money if you let him.
And you can’t pretend you don’t have any because he’s seen it all!

13. You are going to have to wait for a drink
Unless you are a pretty girl or a pretty guy at a gay bar.

14. Straight guys and gay guys are virtually indistinguishable
If you’re a girl or a guy looking for a guy, the well-dressed hipster chic dudes will have you guessing up until the point at which you make out. And even after.

16. “Frisco” is actually OK, but only if you understand why
17. It is ANARCHY when it comes to getting a parking spot
The laws and rules of society don’t apply when you see a free space across the street on a hill.