1. Craigslist. There are two ways to find an apartment in San Francisco: Craigslist and Word of Mouth. Craigslist was invented here and is THE place to look. Everyone uses it for everything. What I like to do is figure out the neighborhoods I want to look in and then search in “Map” mode. Other Craiglist search tips:
-Pay attention to the listings that are vague or without photos. It is usually some nice old lady trying rent her awesome apartment on “that newfangled internet website.” Usually everyone ignores these listings so you have an even better chance. Our landlord didn’t even list the storage, backyard, parking or laundry! I had another friend who went to a listing that said “no parking” and when she asked about it, the landlord said “I guess we can make room for your car.” Sometimes the agency managed apartments are less flexible.
– Search for keywords like “view”, “sunroom”, “Mid Century Modern”, ”Victorian” or “Dolores Park” without using the neighborhood search feature. You can find cool apartments that were mis-categorized and it helps you find cool houses in neighborhoods you would not have considered.
-If a listing has a phone number write it down. I had a friend who called a number two weeks after the listing was posted and they said “well that one is rented but I have one opening up next week.”

2. Word of Mouth. Everyone knows the best apartments are handed down from friend to friend as people leave the city. Ask everyone you know, post on Facebook, Twitter, etc. that you are looking. I’ve had great luck with this.

3. Keep in Mind Transportation – The big issue with living in San Francisco is the commute. I lived in the Haight when I first moved to San Francisco which only has bus service and my commute to the Ferry Building took an hour. Later I moved one neighborhood over to Duboce Triangle (near the Muni Metro trains) and my commute was cut down to 20 minutes door to door. Certain neighborhoods like the Marina are so great but the commute downtown can be tricky because of the bus systems. (Sometimes there are some nice express bus options but usually those are crowded.) Just realize some neighborhoods are much more ideal to live in than others for commute times. Same goes with bikes. Certain neighborhoods are better to live in if you plan on biking a lot (watch out for those San Francisco hills!)

4. Be Prepared to Pounce – When you go to an apartment open house come with all your documents, copy of your photo ID, etc all organized. When I email I act very interested but no questions. Something like: “The apartment is perfect and I’m very interested in applying. We have stable income with perfect credit and can drop off the deposit today.” Save all the questions for when you meet them (and even then don’t ask too many questions, you want to appear normal, responsible and easy to work with. No questions like “I have 8 snakes, are pets ok?”) The person renting the apartment just wants to get the job done and they are trying to pick someone out of the big pile applications. If they see you are ready to commit they are going to choose you over the person with 20 questions. Make sure you get the telephone number and email don’t be afraid to use them (I’ve even made cookies and dropped them off!) It is better to be a little annoying than be ignored and forgotten in a big pile of applications (try to be extra nice and never pushy, if you are calling a lot or you’ll over do it.) I usually say something like “we are very interested and were curious if you had made a decision yet” or ”we just wanted to remind you how interested we are in your perfect apartment” or “we wanted to offer to pay $100 more in rent” While you get to know them you’ll be able to realize what they are looking for in a tenant. For example, our landlord wanted someone who wouldn’t call him every week to fix something. So we told him we would manage repairs ourselves.

5. Watch for the “Cozy” Apartments. Nothing is worse than showing up to an Open House of an apartment that was misrepresented online. My personal pet peeve is when someone calls a 1 bedroom with a living room a “2 bedroom.” It’s the worst!

If you are interested here is the story of our apartment hunt:

Last summer we returned home to San Francisco after living in France for a year. We were shocked to see how much the rental market had gone up (because of all the tech growth) in the 16 months we were gone. We still had an art studio on Valencia street and we really wanted to live nearby so that we wouldn’t have a long commute. We started searching on Craigslist from France and it was so depressing. Every two bedroom was dark, small and average and was way over our budget. We wanted to give up, but then I tried looking for 1 bedroom apartments with bonus rooms. I found a vague listing that was half the price of the two bedroom apartments we were looking at. It was located on the best street in San Francisco but there weren’t clear pictures or many details. I sent my brother and my friend to see the house and take pictures at the open house. When they got there it was a madhouse. People were waiting in line for the landlord to open the apartment. They sent me a lot of the pictures with the advice that I probably shouldn’t try to rent the apartment. They thought it was way too small (500 sq ft) and the apartment was in poor shape. They also told us that the apartment included a parking spot, a back yard, storage, and laundry (all unmentioned in the listing.) Even though I knew the apartment would be tight I realized that this apartment had the best location, all the bonuses we were looking for and was half the price of the other apartments. With the savings in rent we would be able to save to buy a house and we would have a landing pad for at least a year until we had more time to look for something bigger. I told them to submit an application and got the landlord’s contact information.

There were over 40 applicants for the apartment. We contacted the landlord every few days to express interest even though I felt awkward contacting him so much (squeaky wheel gets the grease.) The apartment needed a lot of repairs. There was mold in the walls and the carpet had been chewed up by a dog. The walls were painted a different color in every room, and the fridge didn’t work. The landlord was having a hard time managing all the repairs because he lived outside the city. Once we arrived back I realized this process was going to take months. We were desperate and really wanted the apartment so I offered to take the apartment as-is and renovate it ourselves. He loved that idea and we met to sign papers that week. It took a couple weeks of renovations and we were ready to move in. When we were done we couldn’t believe it. Besides the size it was the perfect apartment and with the money we were saving on rent we would be able to save up for a house. We feel really lucky it worked out for us and while we won’t fit in this apartment forever (those boys are getting big!) we love our apartment. 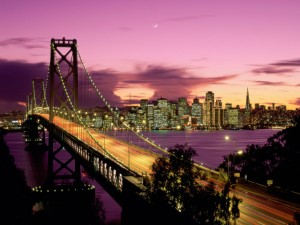